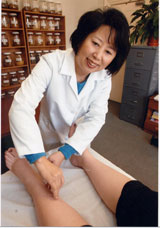 Qing Zhang comes from China. She was born into a family with a strong tradition of Chinese Medicine, learning from her mother and aunt since the time she was a little girl. She then studied Chinese Medicine and Acupuncture at the Beijing Railway Medical College, Jilin University and Beijing Chinese Medical University.

In 1990 January, the Southampton Daily Echo published an article about Qing Zhang's practice in Southampton entitled 'Dr Zhang Comes easy’. In 1998, the Southampton Daily Echo in its Health Check section published an article 'Needles try to weed out ciggy habit', talking about acupuncture being used to stop smoking. On 6th November 2000, the Daily Echo Body Soul section had an article entitled 'Chinese Herbs for cure' including interviews with her Chinese herbal medicine patients about how she had successfully treated skin problems such as psoriasis, etc. In August 1997, BBC Radio Solent broadcasted a live interview with Qing Zhang about her practice of Chinese acupuncture and herbal medicine. In August 1998, BBC television South Today broadcasted an interview with her and her patient about her practice in Chinese Medicine and Acupuncture. You can see details of these appearances in our In the Media section.

In March 2002, she was appointed as a visiting professor by the Chinese Medical School, Xong Cai University, China. 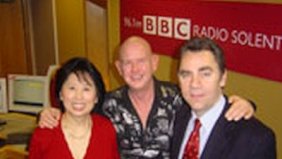 Our story in media and society

We have consultation rooms available for rent, please contact us for more details

Welcome to the Acu-Herbs Chinese Medicine Centre, Southampton, UK - The Centre of Chinese medicine was established in 1990. It is one of the most well known Chinese Medicine centres in southern England.